Celebrate Christmas in Bulgaria: What You Need to Know

Bulgarians celebrate Christmas on the same day Americans do, Dec. 25, though this is somewhat unusual because Bulgaria is an Eastern Orthodox country, and the traditional Eastern Orthodox celebration of Christmas lands on Jan. 7. Bulgaria’s Orthodox Church follows the Gregorian calendar, which means its religious observances are in keeping with those in the West. If you’re in Bulgaria during the winter holiday season, you’ll experience holiday festivities, Bulgarian style: Cities like Sofia are bedecked in Christmas lights, and the Sofia Christmas Market is the ideal place for travelers to go in December for a full-on Bulgarian Christmas experience.

The celebration of Christmas Eve in Bulgaria is ruled by traditions that are distinctly different from those Americans know.

This is a vegetarian meal, which for its participants encourages abundance in the coming year. It includes grains; vegetables, such as stuffed peppers; fruits; and nuts. Walnuts are most especially found on the Bulgarian Christmas Eve table. These nuts are cracked to predict success or failure for the coming year. Another special aspect of the  Bulgarian Christmas Eve meal is a round loaf of bread that has a coin baked inside. This custom says that the person who finds the coin will be rewarded with good fortune. Pieces of this bread are shared around the table and might be placed near the house’s icon.

The hosts might leave the Christmas Eve dinner table as it is after everyone finishes eating and might not be cleared until the next morning to provide sustenance for the ghosts of ancestors who might come back to visit before Christmas morning. A belief that is central to Bulgarian culture is the legend that the Virgin Mary bore Christ on Christmas Eve but only announced his birth the day after, on Christmas Day. Bulgarian Legend also has it that Mary was in labour from Dec. 20th until the birth of Christ. Dec. 20th is the Day of St. Ignat, or Ignazhden, in Bulgaria.

Christmas Eve might be all-vegetarian, but on Christmas Day, it’s time for feasting on an enormous dinner that includes a main dish of some type of meat (often pork). Koledari, or Christmas carolers, go from house to house throughout Bulgarian villages on Christmas, starting at midnight on Christmas Eve. These groups of carolers are typically made up of young men dressed in traditional costumes, which vary from region to region. The koledaris’ make special preparations for these holiday performances. As with other Bulgarian traditions, this one has a motivation behind it: this custom is said to protect against evil spirits. The Christmas carolers are often rewarded with food in return for their singing as they go from house to house through the night.

What do Bulgarians eat on Christmas Eve and Christmas Day?

The Bulgarian Orthodox church recommends 13 different meals for Christmas Eve, all vegetarian, and the odd number represents luck. Cook with beans is very popular among many Bulgarian families. Walnuts are a must on the Bulgarian Christmas table! Traditionally each member of the family cracks a walnut to determine their fate for the next year. It is believed that if the walnut is a good one the next year will be full of success, a bad one predicts bad luck.

Otherwise, all family have their own traditions and recipes on what they consider must be on the table. Although, Сарми (Sarmi) is a popular dish around Christmas as well. Sarmi is a meal where you either use leaves from grapes or white cabbage to fill them with rice, onion and parsley. You can also fill them with minced meat but then it won´t fit in for the vegetarian Christmas food. Other foods connected to boiled wheat and stews are a hit. 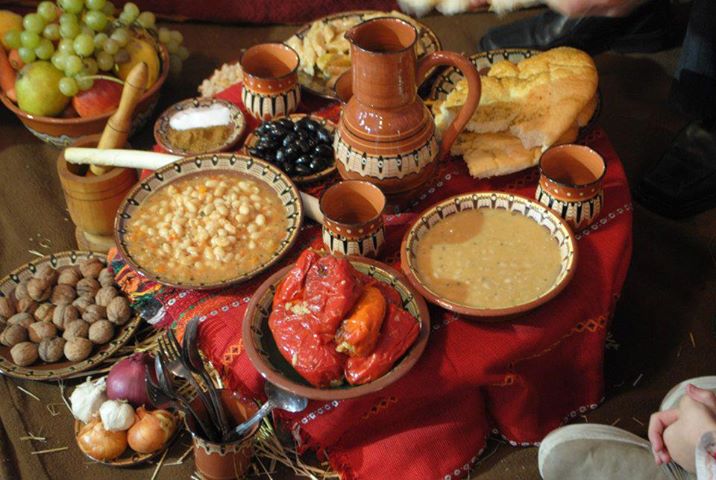 Once the vegetarian fast has ended, everyone enjoys an enormous dinner on Christmas Day, with the main dish of some type of meat which is often pork. Koledari, or Christmas carolers, go from house to house through villages. These groups of carolers are typically made up of young men dressed in traditional costumes which vary from region to region.

Some preparation goes into the koledari’s performances, which begin at midnight on Christmas Eve. This tradition is said to protect against evil spirits. The koledari are rewarded with food in return for their services. 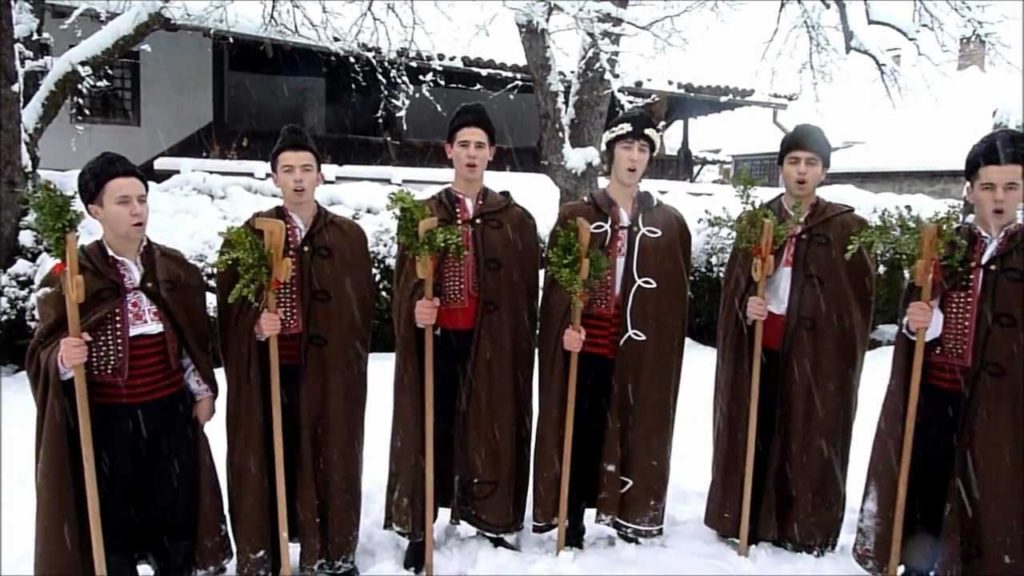 And of course, there is always the Christmas presents, which as is mostly done in the UK, are opened on Christmas Day itself, for those who cannot wait until the morning or later in the day, it is also acceptable for the presents to be opened at midnight on Christmas Day.

So now that you know a little more about a typical Bulgarian Christmas, we hope you have a memorable and jolly Christmas yourself.