Rhodope Mountains are one of the most beautiful and mysterious mountains not only in Bulgaria, but throughout Europe. Known as the mountain cursed by the gods and the mountain of Orpheus, Rhodope offers many opportunities for tourism. Here are 10 of the most interesting places to visit in the Rhodopes. 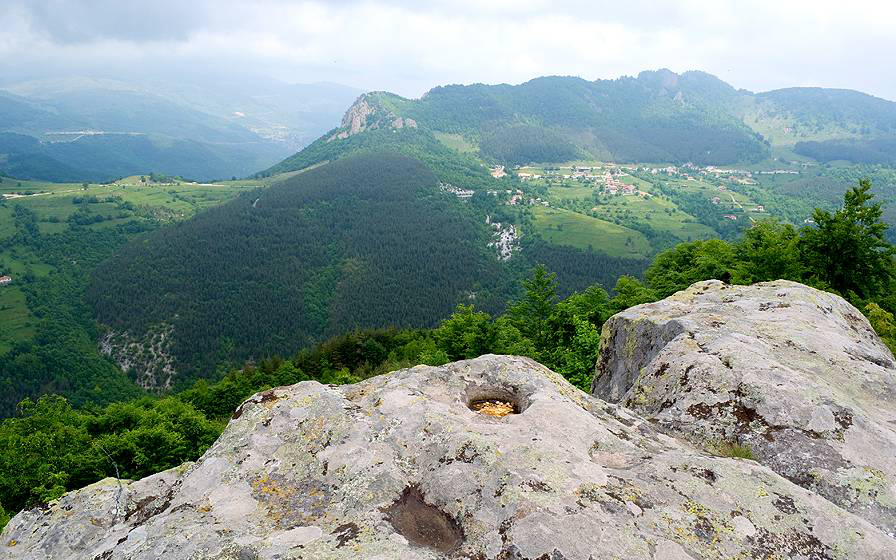 Belintash is a natural landmark it is located in the Rhodope mountain, near the village of Sini Vrah. It is believed that an ancient Thracian sanctuary of god Sabaziy – the god of the Thracian tribe Besi – existed there. In the upper part of the rock massive are carved two wells with many drains starting for them, which are filled with water.
2. Eagle’s eye

This is a panoramic platform, built to give the tourists the chance to enjoy the magnificent views of Buinovo throat the Rhodope Mountains and even Rila and Pirin.
3. Dyavolski Most (Devil’s Bridge)

The Dyavolski Most (Devil’s Bridge), (also known as Sheytan Kyupriya) is a medieval bridge over the Arda river. The bridge is situated 420 meters above sea level and is surrounded on both sides by steep slopes. Its length is 56 meters, and its width is 3.5. The bridge has three vaults; it has holes with small arches in its side vaults, made for drainage.
4. The Karadzhov Boulder

The Karadzhov Boulder is a remarkable rock formation located near the village of Mostovo in the Rhodope Mountains. The formation is two stone pillars that rise to plateaus with a peak that is 1,448 meters high, and with walls so steep and narrow that they form a deep fissure. In this fissure rests a giant stone, testimony to the massive forces needed to wedge it there.
5. Shiroka laka Village

Shiroka laka Village is located in the Rhodopes, 23 km northeast of Smolyan and 16 km away from Pamporovo. Shiroka laka is famous for its beautiful, authentic Rhodope houses that lie amphitheatrically on both sides of the river. The local master builders were well-known throughout the country.
6. The Trigrad Gorge

The Trigrad Gorge is a 7-kilometer defile north of the village Trigrad, beneath towering marble cliffs cut over millions of years by the Trigrad River.
7. The Devil’s Throat and Yagodina Caves

These are two separate caves in the vicinity to each other. Both are very beautiful, but also very different caves. Devil’s Throat Cave is relatively young (175 000 years) and therefore there are no stalactites or stalagmites. You can find those in the Yagodina cave, here you can also see the beautiful cave pearls.
8. Krastova Gora

Krastova Gora is one of the largest Christian centers in Bulgaria, which attracts a large number of pilgrims. The reason that makes Krastova Gora attract so many pilgrims from the entire country is the legend that a piece of the Christ’s Cross was buried here. Many legends speak about this place and all of them are related to the Cross of Christ and the wonder of healing.
9. Kamenni Gabi (Stone Mushrooms) 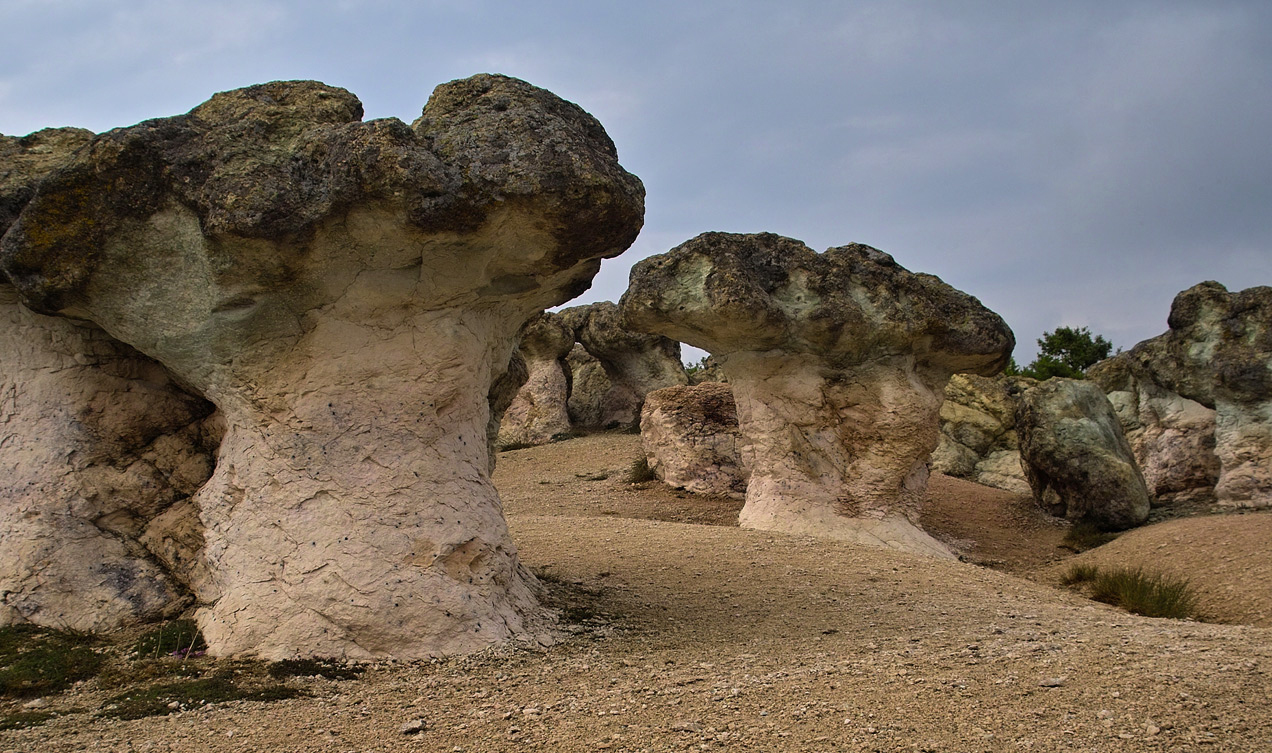 The stone mushrooms are rock formations, located east of the village of Beli Plast, at the road, connecting Kardzhali with Haskovo. The rock formations have the shape of natural mushrooms – their stalks are pink, and the caps are green. The height of the mushroom stalks and the width of the caps are up to 2.5 meters.
10. The Thracian sanctuary at Tatul Village 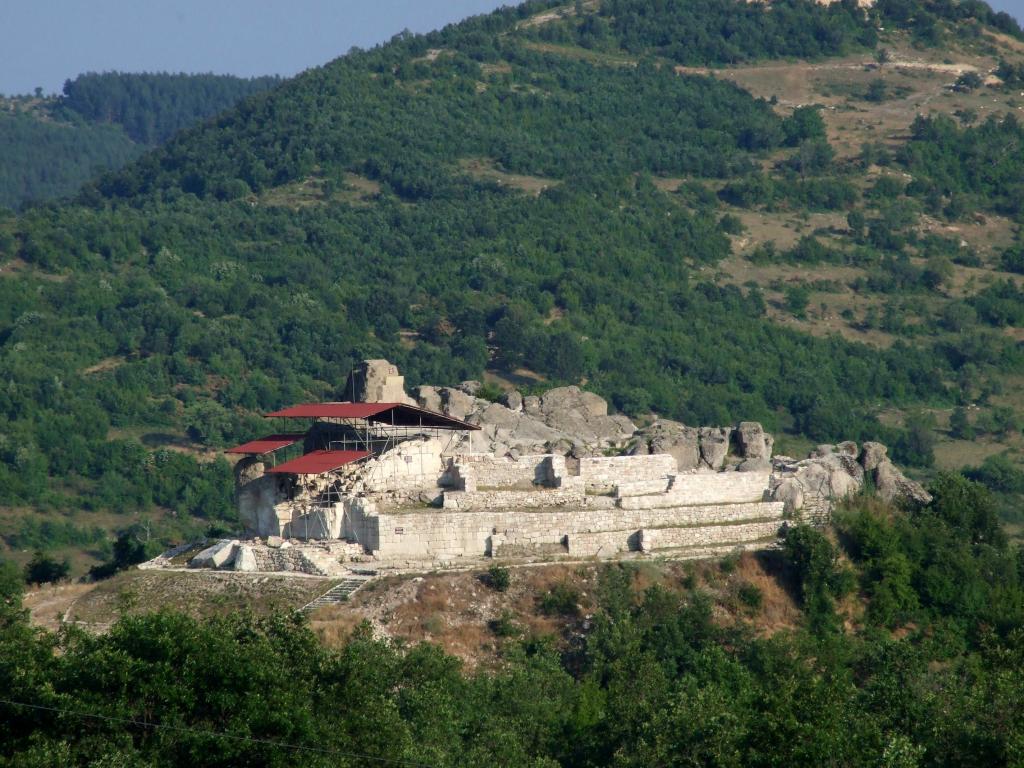 The Thracian sanctuary near Tatul Village, Momchilgrad Municipality, is one of the most imposing megalithic monuments discovered on the territory of Bulgaria. The sanctuary is a massive rock structure and its top is a truncated pyramid. The complex comprises two sarcophagi, a rectangular bed for the main altar, and a three-metre-deep well.

14 places to inspire a visit to beautiful Bulgaria

Nothing’s better than summer in Bulgaria with friends (Video)